On 9 May, we mark Europe Day. The 70th anniversary of the Schuman Declaration offers a chance to reflect on what European integration means and on the EU’s role in the world. I want to use this blog post to do this from a personal angle, to set out why Europe as an idea and political project is worth defending.

Like for others, my personal journey has driven my political convictions.

My interest and commitment to the European idea – personally and professionally – date back to when I was awarded a scholarship at the age of 17, still under the Franco regime, for an essay on the prospects of Spain’s accession to what was then called the ‘European Common Market’. For me and my generation in Spain, living in a military dictatorship, Europe was a symbol of hope, progress, democracy, freedom and solidarity.

The first times I ever crossed my country’s border – something that was not as easy back then as it became later on – was for student summer jobs: working on a farm in Denmark, in the construction sector in Germany, in the hospitality business in Britain and harvesting grapes in France. Travelling across Europe gave me new perspectives, new freedoms and the ability to pursue new opportunities.

After my studies at the Polytechnic University of Madrid, in the summer of 1969, I worked on a kibbutz and travelled all over Israel and the occupied Palestinian territories, from the Golan Heights to Eilat. This was my first contact with the Israeli-Palestinian conflict. It served as a reminder of the tragic nature of human history and the need to escape from history. Also this is part of what motivates us Europeans.

The history of Europe is one of fighting over borders. Millions have died as a result. Borders are therefore the scars of history. The genius of the European integration idea was to say, we stop fighting over where the borders are and instead focus on making them irrelevant. In fact, the EU has become the world champions in eliminating borders. Unfortunately, there are today in many ways more walls again in the wider world than when the Berlin wall fell.

It is striking and painful to currently live in a Europe where borders are very relevant again, for they have been closed to people for over a month. There were and remain compelling reasons to do this. But I long for us all to return to open borders, to travel across Europe again, as soon as the circumstances allow.

The 70th anniversary of the Schuman Declaration is the moment to go back to first principles of what Europe is all about: peace and democracy, transcending history, international solidarity, open borders. We need to think and act big. As Schuman put it in his Declaration:

"World peace cannot be safeguarded without the making of creative efforts proportionate to the dangers which threaten it."

Schuman was not thinking small. Nor was he a prisoner of old ways of thinking. The project he launched has been spectacularly successful. It enabled an exhausted Europe in ruins to believe in itself and rise again. Growing from 6 members to 12, 15 to 27 today. From a coal and steel community to a common market, to a political Union with the ambition of becoming a true geo-political actor.

Yes, there are many reasons to be critical. We have to prove that solidarity is not an empty word and that we are serious about a Europe that protects. The first duty of government is to protect and the EU must be central to the fight against the coronavirus and the recovery. After a shaky start, the EU is now mobilised on all fronts [link to corona marathon blog]. At the end of this crisis, the European ideal will be judged by citizens according to their answer to this simple question: “Did the European Union protect me?”

In essence, Europe has to address three simultaneous challenges. First, we have to put health care as part of our security thinking and approach to European sovereignty. Second, to avert the collapse of our economies, we have to come up with a powerful, coordinated and imaginative response. And third, Europe has to lead a coordinated world effort to fight the pandemic. It is obvious that countries acting alone will not succeed.

For weeks now our governments have deliberately slowed down our economies to keep us safe. The severe economic effects are not the consequence of a health crisis, but of the actions taken to prevent one. This has never happened before in history. These unprecedented circumstances are affecting countries to a very different degree, which risks generating tensions inside Europe and around the world. The buzzwords today are health security, resilience, strategic autonomy, multilateralism and green recovery.

Today’s world is very different from the time of the Schuman Declaration. We have come a long way in 70 years, overcoming many crises.

How will the EU look in 70 years? This will depend on the decisions we take today.

As someone who has lived through European history with all its ups and downs, I am convinced we should think as big and as creatively as Schuman – and act in that spirit. 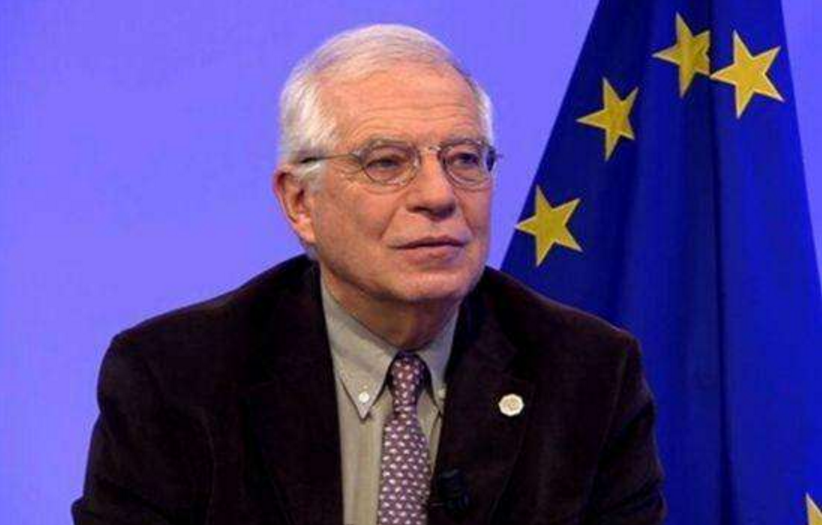