The shortest night of the year is arguably one of the most beloved celebrations amongst Lithuanians. And what is not to like! After dragging through the dark winter, the best way to celebrate the lush and fully blooming nature at its prime is by appreciating it all. 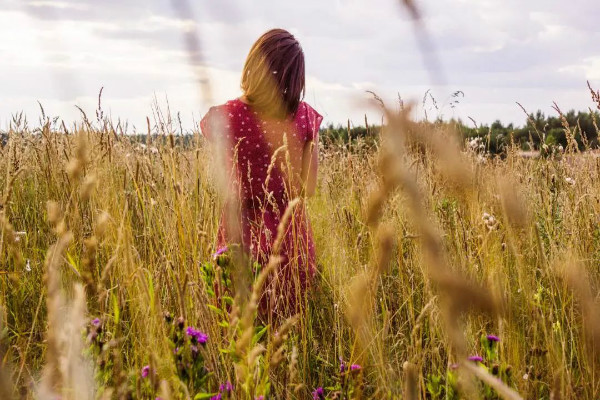 Midsummer is also a day of St. John and a name day. That is why in Lithuania, it is commonly known as Jonines, meaning the day of Jonas. Locals celebrate the longest day by spending the evening outdoors, preferably by the lakes or in the blooming fields.

One reason Lithuanians simply love Jonines is that it offers plenty of games, charms, and superstitious fortune-telling. That certainly makes for an entertaining evening! Three essential elements come together during Jonines: fire, water, and plant. 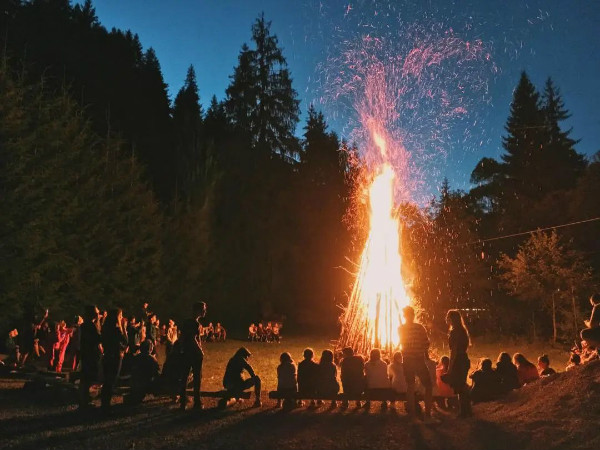 The essential part of the midsummer celebration was a tall open bonfire that people could gather around. The bravest youngsters or couples even dare each other to jump over the flames. The tall bonfires were burning throughout the night until the first rays of the sun.

The bonfire remains the “home base” for all the celebrators, where songs and dances don’t cease. So when they wander into the dark woods or fields to step into the mystical world of charms and spells, they can always find their way back to the warm and joyful bonfire. It is believed that those who will spend the midsummer night without sleep but singing and dancing in nature instead will be rich and lucky in the upcoming year. 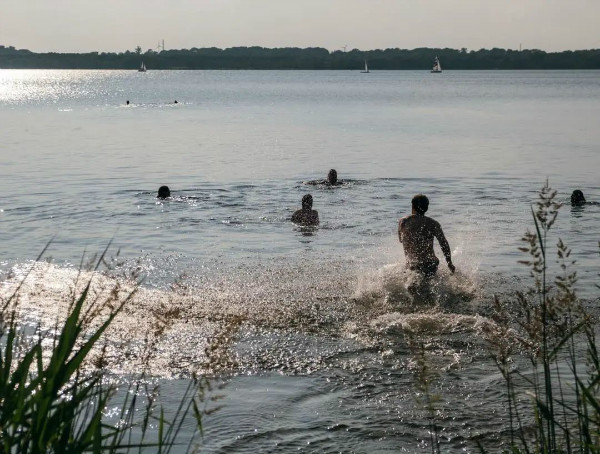 Swimming in a lake or river during Jonines is a must. It was believed that water during the shortest night gains magical powers. Youngsters would also make flower crowns and release them into the lakes, to see their future. Unmarried women would make two flower crowns: if they float towards each other - they will get engaged this year. If it floats separate ways - could mean separating from the loved one.

The early morning dew also brings healing powers, and bathing during Jonines does not only refer to lakes and rivers but to rolling in the cool dew as well! 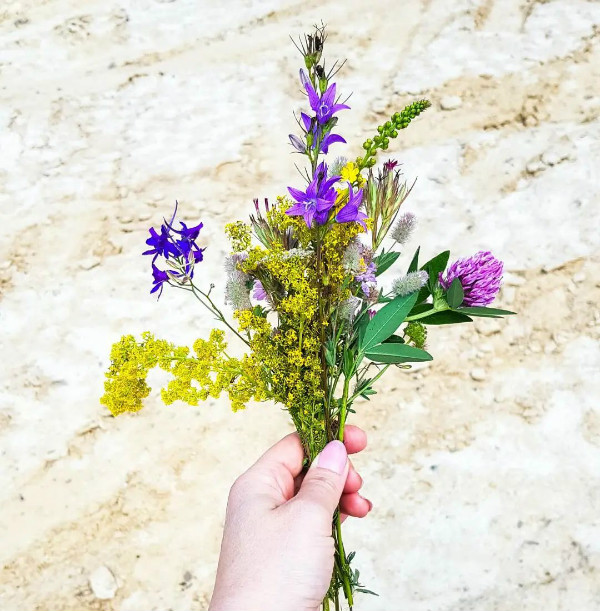 Blooming wildflowers are the core of many midsummer charms.Probably the most mystical one is the flower of wild fern. It is rumored that fern only blooms for a moment at midnight during the shortest night of the year, and those that can find it shall gain infinite knowledge and wisdom. While you are supposed to quietly search alone, the mystical activity is often practiced by young couples.

Even if unsuccessful in fern flower hunting, youngsters can accessorize with the flower crowns of other plants. Flower crowns are usually made with handpicked flowers since the wise ladies of the villages can tell your future even from the plants you pick!