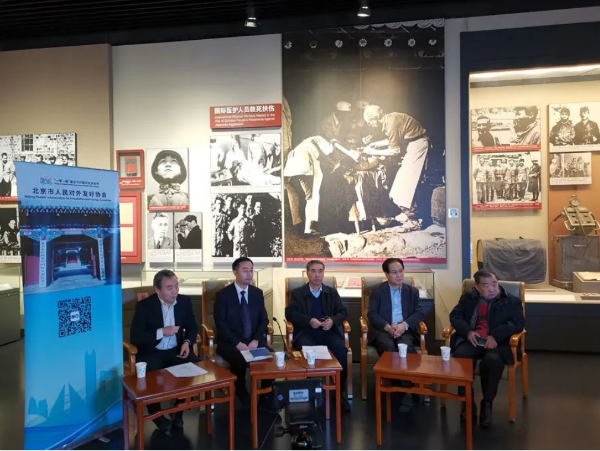 Representatives attend the webinar at the Museum of the War of Chinese People's Resistance Against Japanese Aggression in Beijing, December 4, 2020.

A webinar commemorating the 130th Anniversary of Dr. Norman Bethune's birth was held on Friday, aiming to promote Bethune's spirit of internationalism and humanitarianism.

More than 300 Chinese and Canadian representatives attended the webinar, which was organized by Beijing People's Association for Friendship with Foreign Countries, China Society for People's Friendship Studies, Bethune Spirit Research Association, the Museum of the War of Chinese People's Resistance Against Japanese Aggression, and Confucius Institute in Waterloo.

Norman Bethune, a Canadian physician, is a household name in China. Leading his medical team to China in 1938 to help Chinese people fight against Japanese invaders during World War II, Bethune sacrificed his life in November 1939.

Bethune treated a lot of wounded villagers and soldiers on the frontlines. Late Chinese leader Chairman Mao Zedong commended him as "a noble-minded and pure man of moral integrity and above vulgar interests, a man who is of value to the people."

"Bethune's great sense of responsibility and selfless contributions is still the spirit of the times," said the President of Bethune Spirit Research Association, Yuan Yonglin.

The President of Bethune Canadian Alliance, Dr. John Ducas, said that Bethune's deed of devotion to others, without letting the thoughts of others interfere, had a profound impact on his life. "This is what medical workers should strive for," he said, noting that he will carry forward Bethune's spirit and continue his non-profit clinic programs in China.

"Bethune's spirit of internationalism and humanitarianism will never be out-of-date," said Lou Cunkang, curator of the Museum of the War of Chinese People's Resistance Against Japanese Aggression, adding "building a community with a shared future needs more people like Bethune."

"Commemorating Bethune and learning his spirit is meaningful at this time," said Zhang Qian, Executive Vice President of Beijing People's Association for Friendship with Foreign countries, adding "Dr. Bethune served as a bridge between China and Canada. We should carry on his legacy and strengthen the friendship and cultural exchanges between the two countries, passing this on to our next generation." 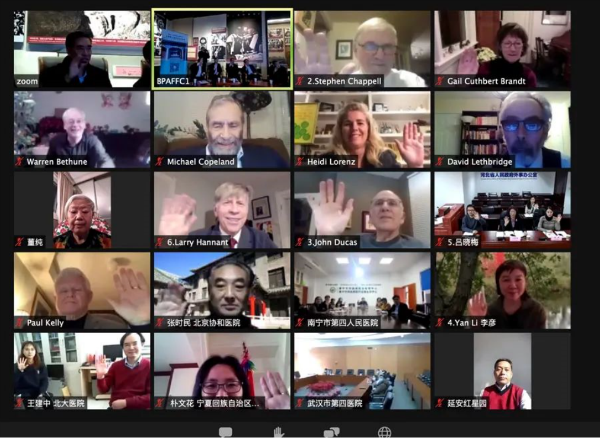